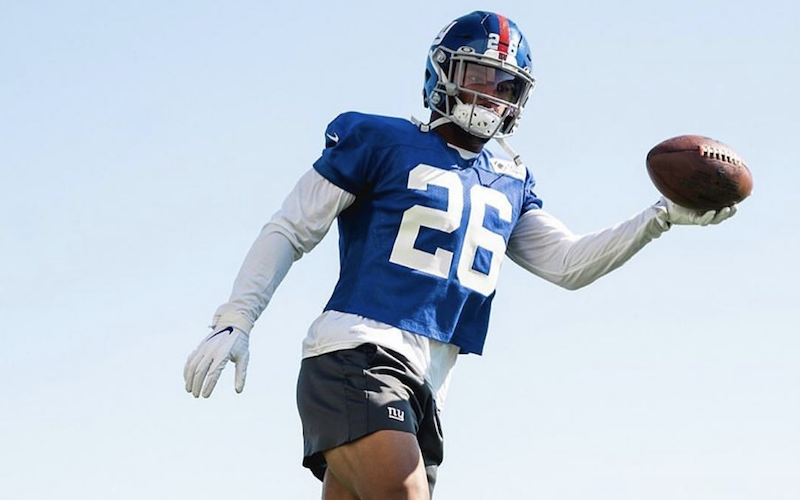 Fantasy football is the favorite annual sport of many NFL fans, both young and old. In fantasy football, each player drafts a team of real players from any team, and sets a starting lineup, where players earn fantasy points for things they do in the game, like running for a touchdown. While it helps to be in the know of what’s happening in football, you can succeed by paying attention and making smart moves at the right time to get the best players. Want to learn how to take home that championship? We’ve got a few tips for you.

In fantasy football, the two most important positions are running back and wide receiver because they have the ability to get more points than almost anyone else. They can run for touchdowns, catch touchdowns, and even return kicks, all of which usually get more points than passing the ball. If your league is a points-per-reception league, running backs who catch passes are the most valuable. But by stocking your team with receivers and running backs and sticking with only one or two quarterbacks, you’re giving your team a better chance in case someone in your lineup gets hurt.

It would be nice to own all of the superstar players on your team, but you can be ready in case of a major injury by keeping their respective backups, sometimes known as a “handcuff” on your team. This way, if an elite player goes down, you’re right there with the player stepping in to fill their shoes. Having a hot commodity is always a good thing, and you can stay ahead of the game by grabbing a notable backup. Keep your eyes on the waiver wire to see who gets dropped, and you’ll always have first dibs on the next potential stars!

In fantasy football, the members of a team change all of the time! Each week, teams can add free agents (players who aren’t on any team in the fantasy league) and drop players into free agency through the waiver wire. By keeping a close eye on the waiver wire, you can be the first one to see when a player gets dropped; if you think the player has value, you can add him to your team. Being savvy with the waiver wire each week can lead to some very valuable pickups for your team, so make sure you pay attention!