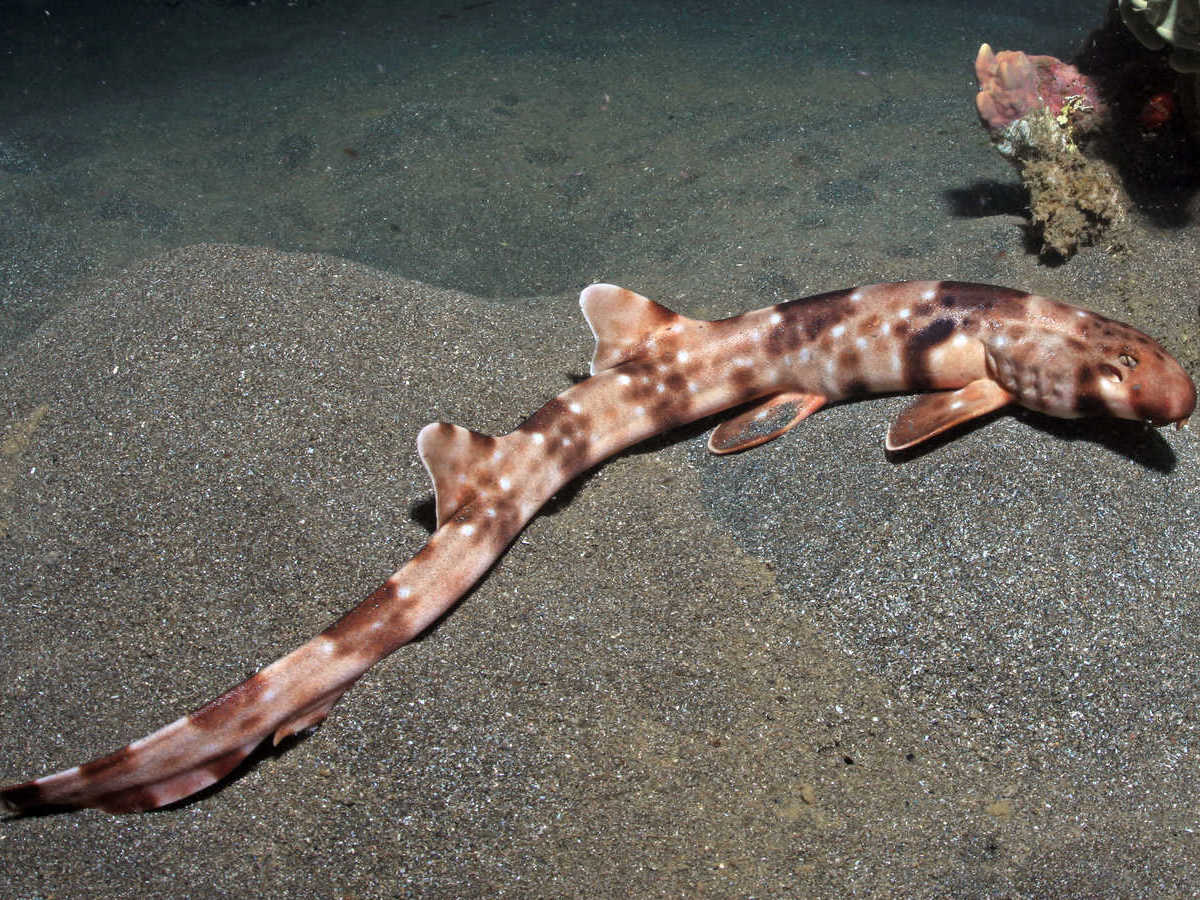 Walking Sharks? See for Yourself.

Exciting news from under the sea! Researchers have recently discovered four new species of shark, with one major twist; these sharks use their fins to walk along the seabed floor.

It’s not quite like the way humans walk- these sharks walk in a horizontal manner as opposed to walking bipedal like us- but still, it’s a revolutionary discovery that challenges the currently held idea and image of exactly what a shark is. Data suggests that this type of shark evolved from the same types of sharks in the ocean today. At some point deep in the past, these sharks became genetically isolated from the larger groups, and eventually evolved into its own distinct species.

These sharks have a rather ornate pattern along their backs, marking them as different from the others, but the true difference is in the way they maneuver around. At just under a meter long on average, the sharks move almost like a snake, slithering through rocks on the seabed floor, using their flap-like paws to help propel and control their movements. The sharks were discovered off the coasts of Northern Australia and Papua New Guinea, done through a twelve-year study on marine life.

“Their ability to withstand low oxygen environments and walk on their fins gives them a remarkable edge over their prey of small crustaceans,” said Dr. Christine Dudgeon, of Queensland University, adding that she believes that the new species of shark poses no threat to human beings. The sharks are not generally seen to be especially aggressive, and their size makes them anything but a predator to people.

These sharks are an interesting discovery in the world of marine life. Genetic isolation can produce brand new species, and further the evolution of varying species. While it doesn’t look like these sharks will be walking on land anytime soon, they will be, without a doubt, something to pay attention to in the years to come.

Published in Science and Trending News