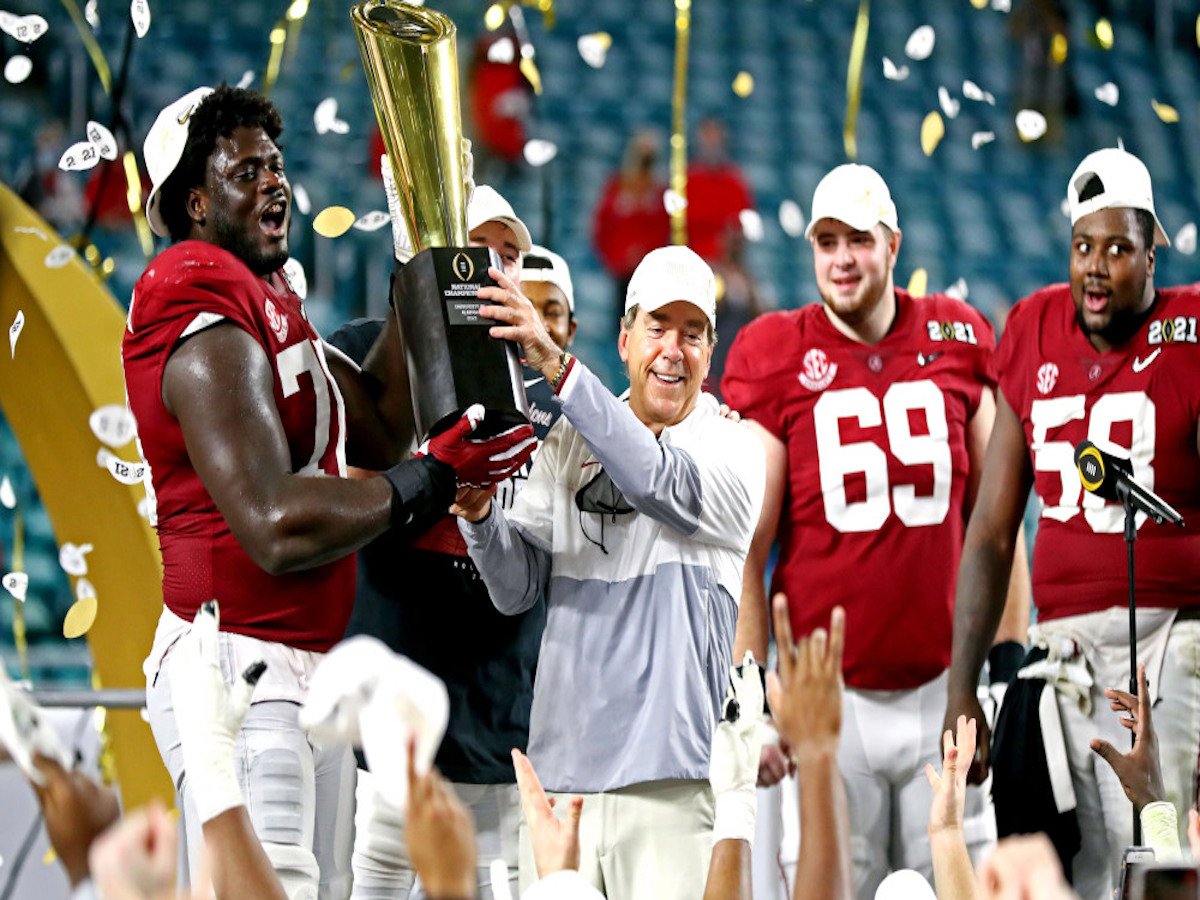 In a year that has been so trying and taxing and constantly under siege by the pandemic, most of us didn’t think we’d even have a college football national championship game to watch. Those who held out hope were rewarded with a spectacle of a matchup that saw the Alabama Crimson Tide defeat the Ohio State Buckeyes, 52-24, in Miami, Florida.

The victory was a record seventh national championship for Alabama Head Coach Nick Saban, whose team rode the efficiency of Mac Jones and the dynamic playmaking of Heisman winning Wide Receiver Devonta Smith, who set championship game receiving records despite playing in just the first half of the game. Smith finished with 12 receptions for 215 yards, catching three of Mac Jones’ five passing touchdowns.

Ohio State had persevered through the COVID-laden season, losing many starters to injuries and virus protocols; when the Big Ten initially canceled fall sports, the Buckeyes weren’t sure if they’d even have a season. Despite playing just six games to Alabama’s twelve, Justin Fields carried the Buckeyes past Clemson in a wild upset just to reach the title game, but from there, things fell apart. Star running back Trey Sermon was lost to injury on the first series, and the defense failed to stop Alabama’s passing attack, with Mac Jones racking up a total of 464 yards on 36/45 passing. The Crimson Tide’s Najee Harris added two touchdowns on the ground, and that was that; Alabama held onto the lead and got the win.

Even beyond the simple arithmetic of winning and losing, the game was significant simply for its existence. The college football season was thrust into jeopardy with the onset of the pandemic, and though perilous throughout, the season went on. No matter who you’re rooting for, we can all appreciate a good game.